Vaginal bleeding can occur outside of your regular period schedule, if so, you should be able to recognize what is considered normal for vaginal bleeding outside of these time frames, and what is a cause for concern. For more information call us or visit us online to book an appointment. We have Convenient Locations To Serve You at 82nd Ave, Mall 205, Division St, Tigard, and Clackamas.

What does it mean when you have vaginal bleeding and not on your period?

Bleeding that occurs between your periods can look like light brown spotting up to a regular period flow, or even a heavy flow. The medical term known for this is called metrorrhagia. There are many different reasons why you may be bleeding between the time your period ends to when it begins.

If the bleeding between periods is heavier than your average period or lasts longer than 3 months, we highly recommend visiting your primary care physician for an appointment.

Implantation bleeding
Women who become pregnant may often experience spotting which is known as implantation bleeding, this occurs when the fertilized eggs implant into the lining of your uterus. You may also feel some slight cramping occurring at this time as well.

Miscarriage
Bleeding between menstrual periods is an early sign of miscarriage. Miscarriage can occur at any time during a women’s pregnancy and can happen before she is even aware she is pregnant.

Injury
If the skin or tissue that is within the vagina becomes damaged, it can begin to bleed. For many, it can happen due to penetrative sex. This most likely occurs when the vagina is dry.

Menopause or Perimenopause
Perimenopause is what leads up to menopause, and bleeding can occur at this stage. Often this stage can last up to 10 years before the hormone levels in your body change. After perimenopause comes menopause. This on average occurs between the ages of 45 to 55 in women. This is noted when a woman does not have her period for up to 1 year.

Polyps that have developed in the cervix or vagina
Polyps are known as small growths that develop in the cervix or the vagina. Polyps can often cause bleeding and may need to be removed by a healthcare professional.

Certain cancers
Usually bleeding between periods is usually not a cause for concern; however, it can be a symptom of certain cancers including cervical cancer.

What is the difference between spotting and a period?

The main difference between spotting and a period is the amount of blood you notice. Periods will often last for several days and will need a tampon, pad, or menstrual cup to control the flow. Spotting on the other hand will produce much less, and will typically not need these feminine hygiene products.

Can stress cause vaginal bleeding?

Absolutely stress can cause vaginal bleeding as well as many other changes within your body, including fluctuations in your menstrual cycle. Many women have noted they experience vaginal spotting during high-stress periods.

When should I go to the doctor for vaginal bleeding?

It is highly recommended you visit a primary care physician when you experience bleeding that needs more than one tampon, pad or menstrual cup per hour, for several hours in a row.

For more information, please call us. We serve patients from Portland OR, PDX, Happy Valley OR, Tigard OR, Milwaukie OR, Cedar Hills OR, Cedar Mill OR, Lake Oswego OR, Oak Grove OR, Vancouver WA, Aloha OR, Minnehaha WA, Gladstone OR, Tualatin OR, West Linn OR, Fairview OR, Oregon City OR. 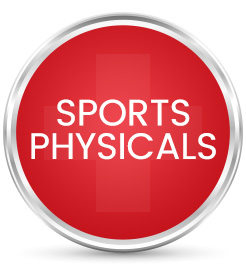 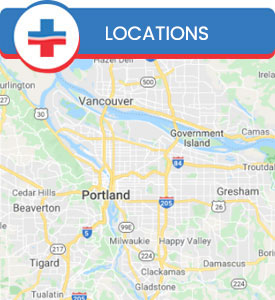